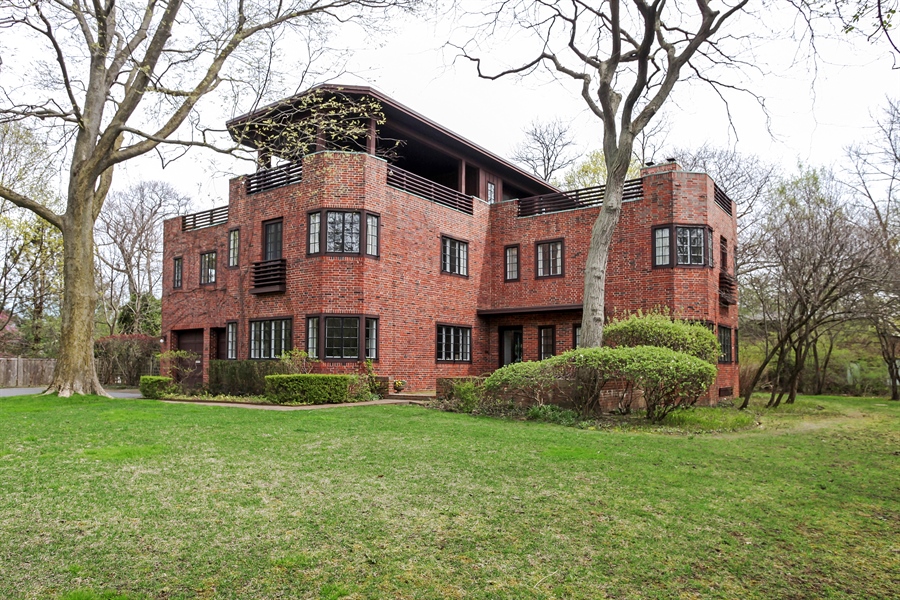 This magnificent home just came on the market and the owner is looking for a preservation minded buyer.  We will experience one of the North Shore’s most avant garde homes, the Walter T. Fisher house, is located on a quiet, wooded lane in Winnetka. Aggressively modern, it preceded the 1932 Museum of Modern Art exhibition that introduced European modernism (later known as the International Style) into mainstream American architecture. Featured in several architectural journals in the 1920s, the house received wide critical acclaim.

The Fisher house was designed in 1926 by Walter Fisher’s brother Howard, then an architecture student at Harvard. In the design for this house, which was his thesis, Howard could explore ideas that had been percolating in Europe during the teens and twenties and make them his own.

Walter Fisher, who was an attorney, president of Amalgamated Trust and Savings Bank, and a former chairman of the Illinois Commerce Commission, built his house on family land. Architect Howard constructed his own home on an adjacent piece of property, forming a family compound on the street that still bears the name Fisher Lane. The Walter T. Fisher house looks as wonderfully modern today as it did 50 years ago.